How Much Carbon Dioxide Does One Coal Plant Produce?

Did you know that coal plants produce 920 pounds of carbon dioxide (CO2), almost half a ton, for every megawatt-hour (MWh) of energy it produces in a year? The average American family produces about 10766 kilowatt-hours or almost 11 megawatt-hours every year, and energy demand is trending up year to year. The average coal plant releases 443 tons of CO2 into the atmosphere every year! The United States consumed over 26 TERAWATT-hours of energy in 2019. One terawatt-hour is equal to one million megawatt-hours. That means that coal plants produced nearly 13 million tons of carbon dioxide powering the United States alone.

Okay cool, that's a big number but I don't really know what that means, what does 13 million tons of CO2 even look like? Let's start with one ton of carbon dioxide. One ton of carbon dioxide is about the size of a ranch house on the smaller side, about 1250 square feet if it had an average height of 13 feet. That translates to over 16000 cubic feet. Great, now we have a smaller number, 16000, but still a huge number to really wrap my head around. Let's break it down some more. How big are you? How big is a person? Let's take the example of a relatively large person, if they are 6 feet tall, 2 feet across, and 1 foot thick (that's pretty thick) then they are 12 cubic feet. At roughly 12 cubic feet per large person, we could fit 1333 large people in the space that a ton of carbon dioxide takes up.

How Much Energy Can One Solar Farm Produce? 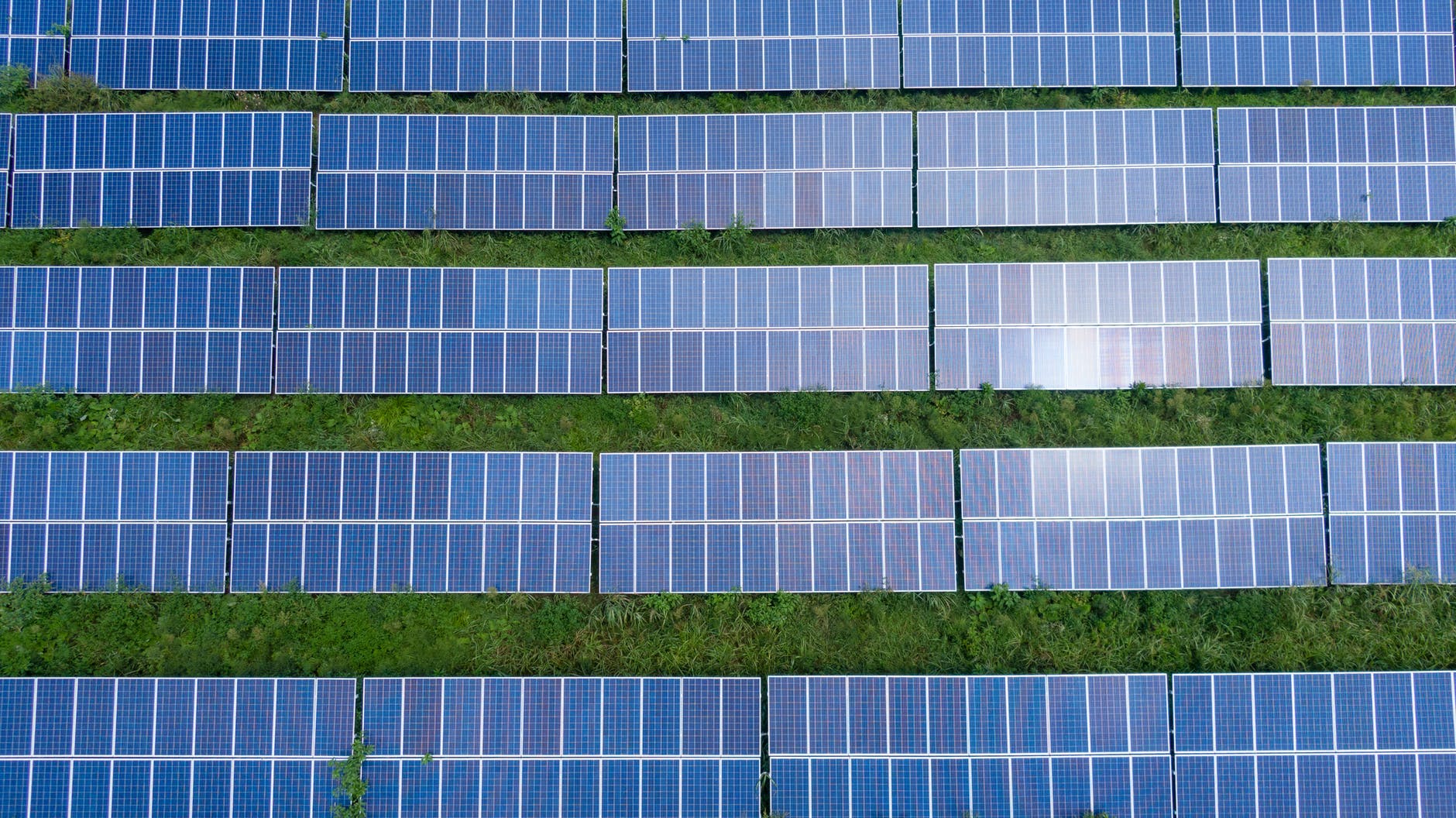 The estimate for 8 acres per MW solar farm also assumes that our solar farm gets 4 hours of peak sunlight a day. 4 hours a day? That's so little sunlight! You might exclaim to yourself. It is, it really is not a lot of sunlight considering that the sun is in the sky 8 hours a day on average, it's only half the time that the sun is expected to be up. However, the key here is peak sunlight hours. Solar panels are at their most efficient when they receive more direct sunlight. These sunlight hours tend to peak in the couple hours around noon.

As we look for locations of solar farms, things we are keeping in mind include average peak sunlight hours, how many people live around the area, and how many people are projected to live around the area in the next 20 years. One of the challenges around solar energy is that solar energy is not consistent. There are days with lots of sunlight, and days without much sunlight. Two ways to combat this challenge are better battery/energy storage technology, and better handling of energy flow through smartgrids.

What is the Impact of One Solar Farm?

I have more good news, not only do solar farms produce clean energy, stopping over one ton of carbon dioxide entering the atmosphere per solar farm, but they are also now cheaper to start. Thanks to new technologies in solar over the past few years, the cost of buying, installing, and maintaining solar panels is dropping. Not only that, but coal plants are getting more expensive to produce, and have been since 2005, the coal industry has described these prices as "skyrocketing" or "soaring". It now costs an average of over $3.5 million to start a 1 MW coal plant, compared to the average of $1 million to start a 1 MW solar farm.

So your investment in the future, is not only a smart investment environmentally, but also a smart investment financially. Solar farms cost less than the current most used for of energy and solar energy is being pushed by the US government to produce 40% of electricity consumed by Americans by 2035. We plan to be there to build the solar farms required to achieve this goal. Together, we can make green energy accessible to all.